Get involved - ways to get closer to nature and help wildlife

Gerald Durrell Week in Jersey June 01, 2016
If you've been watching the television series about the Durrell family and Gerald Durrell's young days, you may be interested in the Geral... [MORE]

Invite the birds in your garden to dinner! February 17, 2016
Birds and Bees began life 10 years ago as a project to create some space on a farm for wildlife.   Today, the project has over 1... [MORE]

ZSL London Zoo at February Half Term February 12, 2016
Half term has rolled around again and what better way to enjoy it than to head for ZSL London Zoo and visit all the animals? There's plen... [MORE]

Save your used stamps for orangutans September 29, 2015
It's easy to help animals on the other side of the world, just as much as helping those in your town, village or garden.  One thing y... [MORE]

Lifestyle Changes September 28, 2015
If you want to help wildlife, a critical thing for us all to do is to look at our lifestyle choices and see whether we can make any changes ... [MORE]

Wildlife art sale now on September 28, 2015
© Mandy Shepherd If you're looking for a gift for a wildlife lover or something to brighten your home or office, take a look at... [MORE]

Volunteer & improve animals' lives for the better September 27, 2015
The video below from Animals Asia Unlimited in India speaks for itself.   Their mission is "to rescue and treat the un-owned str... [MORE]

You OTTER help OTTERS! September 26, 2015
If your kids are nature lovers, or they love otters, or you have children to care for who are interested in nature and/or otters, you otter ... [MORE]

Give butterflies your old bananas September 25, 2015
Did you know that butterflies like to feast on bananas?   The RSPB says that autumn is a good time of year to give... [MORE]

Help save the earth's rainforest September 24, 2015
The Suffolk based World Land Trust has launched its Forests in the Sky Appeal. Animals such as the Spectacled Bear and the Mountain... [MORE]

Cheetah Conservation Fund Photographic Exhibition September 23, 2015
If you love cheetahs and big cats, and you can get to London, you may want to get to the themed Patrick Mavros art gallery in... [MORE] 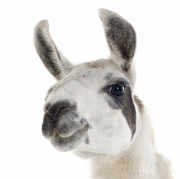 Stuck at home?  Watch a webcam! 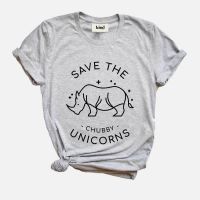 Please note: As an Amazon Associate, this website earns from qualifying purchases.